In honor of Queen Vicki coming to town
A Royal play-day was ordered... 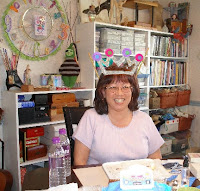 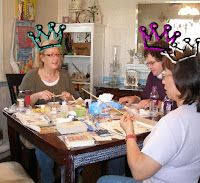 Her Royal Highness was not amused when she discovered that her royal subjects Kris (rt) and Bev(left) had bigger crowns then she did, and quickly ordered their crowns to be removed at once!! 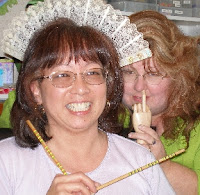 Aileen the Queen's Jester is caught
mocking the Queen!! 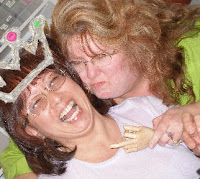 I think the Queen is ticklish! 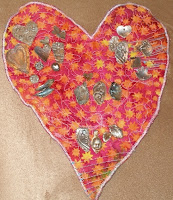 fun Precious Metal Charms to show for our efforts!

I thought my second pieces bore a striking resemblance to