It's amazing what a haircut will do...

I hear some of you are getting tired of that pirate flag and need a change :-)

I just got my hair cut today and its amazing how good it can make you feel!....okay so it's been years since I had a haircut I normally cut it myself but I decided to treat myself to a cut and weave and I LOVE LOVE LOVE it! I now have copper with blonde highlights and my natural curl has returned whoohoo! I was really feeling like an old lady with all my grey and white hair and now I feel excited and inspired :-)

I've been having fun with my new Color Mists on some vellum. I thought they wouldnt' work on vellum but I was mistaken they do, you just have to use the heat gun to set them and then iron or press the paper after because it gets a little warped, check out the piece I did:
Posted by Aileen at Tuesday, September 26, 2006 2 comments:


Isn't it wonderful that my birthday coincides with the National Talk Like A Pirate Day Sept 19th! LOL So in honor of that here's all things pirate for you!

So are ya wonderin' what your Pirate name is?

Take the Pirate Quiz and find out!

My pirate name be:

A pirate's life isn't easy; it takes a tough person. That's okay with you, though, since you a tough person. You have the good fortune of having a good name, since Rackham (pronounced RACKem, not rack-ham) is one of the coolest sounding surnames for a pirate. Arr!

Need to know the weather for your sea farin' trip check out http://www.Pirateweather.com

Now lets see some of that Pirate Art Mateys!

Yep, just call me Kultz and I'll answer you without a blink of the eye! A curb and my bad leg got the better of me and I went down hard last night! Normally I'd look around to see who saw me fall and pretend ever so gracefully that I meant to do that, but it hurt so bad I really didn't care who saw me and I was very thankful my son was there to help me. I'm very sore today and my legs pretty stiff until I walk around and then it loosens up....the words of my orthopedic doctor echo in my head "Motion is Lotion" and it is so true the more I move around the more everything gets lubed up so to speak LOL

Fall is in the air here and I'm loving it! I am in desperate need of some art time hopefully later I'll get some of that time in.

On an art note if you haven't checked out my new line of Color Mists Sprayable Watercolors (for clarification to those that have asked this is my own product that I have developed and I'm very excited to share them with you all) they are a must have if you like vibrant backgrounds, the possibilities are endless with what you can do with them. Check out the background I created on cardstock using the Brite Lights Set 1:
http://www.outsidethemargins.com/colormists.html 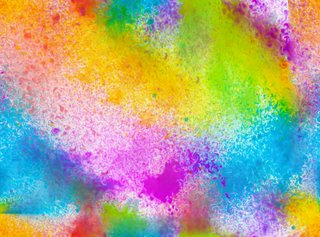 Posted by Aileen at Saturday, September 16, 2006 No comments:

It wasn't until I posted my previous link that I actually realized the date was 9/11 its hard to believe it's been 5 years already and yet it seems like just yesterday! The memory of what I saw on the news is permemently etched in my mind and the feelings it brings with those visions I can still feel! I don't think I've ever felt such shock, horror and a feeling of utter helplessness watching from so far away what part of our nation was going through! My heart still goes out to everyone that was affected in some capacity or another from those tragic events. At the time it felt like how would we ever recover from this atrocity, but as a nation I think we have a way of pulling ourselves back up.

If you haven't seen the United In Memory Art Quilt you can check it out here:
http://www.unitedinmemory.net/gallery.php
Posted by Aileen at Monday, September 11, 2006 1 comment:

My sister surprised me with an early birthday present! I love amber and she gave me a very, very rare piece of amber from Africa that has tiny termites mating in it....I guess termites when they mate spread their wings open and that's how you can tell they're termites. But if you didn't know it you'd think they were tiny damselflies. The piece measures about 1 3/4" w x 3" L. I'm thinking I'd like to make it into a necklace. 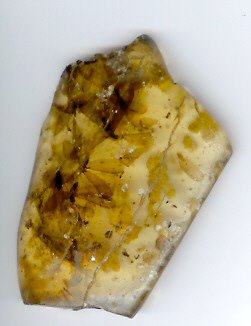 On an art note my new product called Color Mists are ready to go! I'm pretty excited about them, you can check them out here:http://www.outsidethemargins.com/colormists.html
And if your looking for charms for your art check out the new page I created:
http://www.outsidethemargins.com/charms.html
Posted by Aileen at Monday, September 11, 2006 No comments:

Where is September Going?!?

How the heck did it get part way into September in the blink of an eye! I swear I haven't been sleeping on the job! I've had too much that's needed doing along with dusting off my taxi driver hat once again for the new school season!

I have snuck some art time in, I swear I have!...hmm...lets see what is the last I have finished creating :::digs through art box:::: lots of part way finished projects Ahh here we go I did create a couple of journals for an up and coming boutique in November. 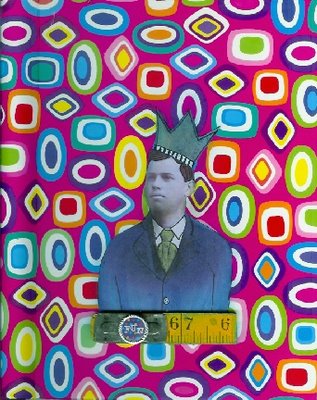 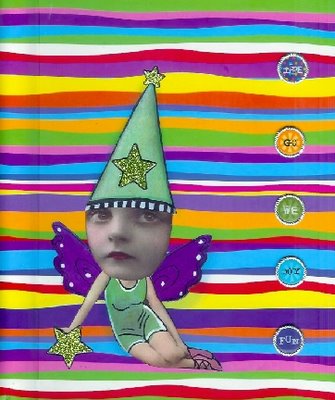