For those interested in the Attitude Jar it's working great!! It was several days before we had to even dip into it and it's only been a couple of times, not bad I'd say. I had several emails regarding using it for hubbys LOL It probably would work but I don't dare give my dh anymore chores then he already has, he has a big enough list on his own without my help.

Hope all the fathers out there enjoyed father's day. My boys took dh to the American Graffiti Car Show and Festival http://graffitifestival.northmodestokiwanis.org/ that's held here every year.

While they were off at the car show I did finish up a couple projects another altered cabinet card and a Vintage bingo card. 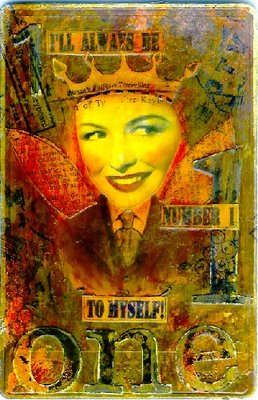 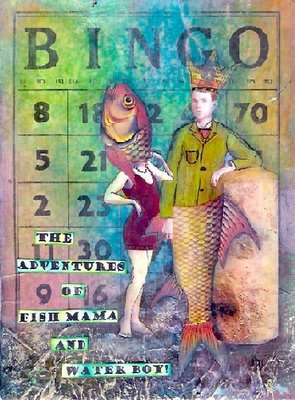