Hey better late then never, eh *grin* I am happy to report that I was pleasantly spoiled on Valentine's day by hubby and the boys with nice gifties and wonderful homemade cards and letters...that helps make up for my birthday which I won't go into but suffice it to say it was almost all but forgotten, though I doubt they will do that again ;-)

My Mr Morgan thought he was made of rubber again and broke yet another bone! this will make number 5....no his bones are not brittle he just is a full charge ahead kind of kid! Though this particular incident wasn't his fault but a results of playing football during PE and since he's still a little guy the big guy won out when he couldn't stop in time. Neither Morgan nor I were thrilled about spending the day going between drs offices and x-ray labs but at least we were given the x-rays to keep which made it all worth it to Morgan since he's studying bones in Science and of course being an Altered Artist I'm think ohh what can I make with one of them *grin* We sure have been enjoying the Olympics especially the curling GO USA! rling GO USA!

What art have I been doing? more custom fairy boxes and now tiny smidgen fairies in bottles:


I also finished up a few pages in a Traveling Art Doll Round Robin I'm in: 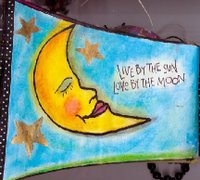 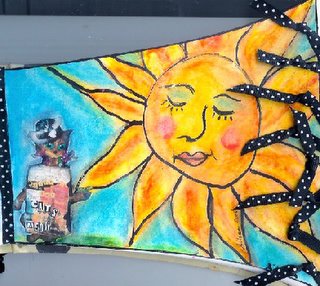