Boys will be boys...

You know that old saying "Boys will be boys..." this is definitely true in my household of 4 boys (counting hubby!). The other morning my youngest son decided to play a practical joke on his brother. What exactly did he do... 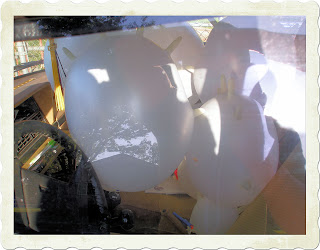 ...he filled his brother's car up with disposable gloves he blew up with the air compressor and then held the air in with little clamps on each one (ahh good to see he found a use for that tube of clamps his dad bought him for Christmas!). I have to admit it was pretty funny and once big brother thought a moment he admitted it was a pretty good practical joke! This is something I might add that big brother would have done in a heartbeat had he thought of it first....WHY you ask did he do it?.....if your asking you must not have boys because there doesn't have to be a reason...it's no wonder I have beautifully colored hair! 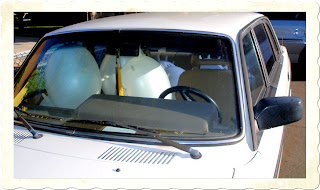 Hey, at least he left room for him to drive LOL
On a creative note if your ever in need of balloons
and run out just grab a box of disposable gloves ;-)
Click HERE to view past boys will be boys escapades

Visit my Store at Zazzle